Coming soon – a theater near you! The Imagination Station has announced their plans for new state-of-the-art theater in downtown. The KeyBank Discovery Theater will feature 300 seats and a 58-foot, 4K resolution wide screen that will show 8-10 films annually.

The KeyBank Discovery Theater will open in 2020 at the front of the Imagination Station. Films shown in the theater will cover a myriad of topics including science, art, wildlife, human achievement and much, much more. Additionally, the theater will host guest lectures, live connection with the Space Center, live feeds from major events, video game tournaments, product launches, professional development events, TEDx conferences and more! 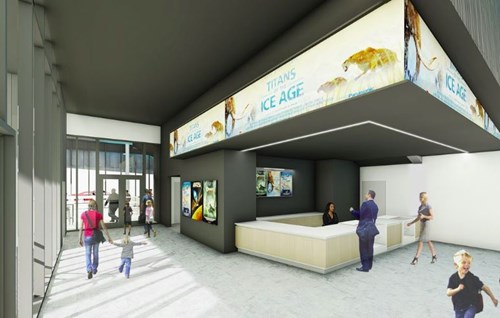 Third graders in Toledo Public Schools will have more access to STEM education, thanks to KeyBank’s philanthropic donation. These students and their families will be provided with free theater access during school field trips and supplemental curriculum, science festivals in schools and family nights at the Imagination Station.